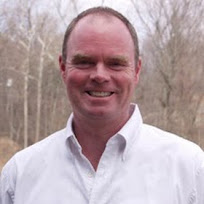 Terry D. Cowgill is an independent blogger, a paid columnist for CTNewsJunkie.com and was an editor, columnist and senior writer for The Lakeville Journal Company, where he won awards for editorial writing.

In 2013, he was named news editor of the now-defunct Berkshire Record. In 2017, he was appointed managing editor of the Berkshire Edge, an online start-up in Great Barrington, Mass., covering news and culture in the southern Berkshires. He continues in that role.
Terry also hosted “Conversations with Terry Cowgill,” an hour-long monthly interview program on CATV6 on Comcast’s northwest Connecticut system. While at the Record he co-hosted “For The Record,” a weekly discussion on Community Television of the Southern Berkshires of the week’s top stories in The Record, along with newsmaker guests.

He has represented CTNewsJunkie as a regular guest on the John Rowland and Ray Dunaway shows on 50,000-watt WTIC-AM NewsTalk 1080, on the Brad Davis and Dan Lovallo shows on WDRC-1360 AM — "The Talk of Connecticut" -- and on Connecticut Today on WICC-AM 600 with Paul Pacelli.

In addition to his career in journalism, Terry taught high school English and drama for 13 years and worked for nine years in independent school development. He has also written dozens of profiles and programmatic features for the alumni magazines of several independent schools.

Terry is a graduate of St. Mark’s School, holds a B.A. in theatre from Bishop’s University (Canada) and earned an M.A. in humanities from Wesleyan University. A Texas native, Terry lives with his family in Lakeville, Conn.

He can be reached via email at thenews@hotmail.com.
Follow @terrycowgill