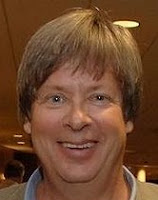 End-of-year reviews — unless conducted by yours truly — are often tedious affairs. But Dave Barry's is great this year.

Was 2010 really the worst year in the history of the planet? To wit:


Let’s put things into perspective: 2010 was not the worst year ever. There have been MUCH worse years. For example, toward the end of the Cretaceous Period, the Earth was struck by an asteroid that wiped out 75 percent of all the species on the planet. Can we honestly say that we had a worse year than those species did? Yes we can, because they were not exposed to Jersey Shore.

If you read or view only one year-in-review piece, make it Dave's, please.
Posted by Terry Cowgill at 1/02/2011