Lembo’s Exit Will Be A Tremendous Loss 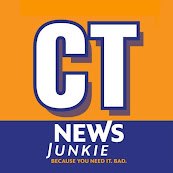 It's rare that I can get squarely behind any elected official, but the sudden departure of state Comptroller Kevin Lembo for health reasons will leave a huge void in state government, especially in the realm of fiscal transparency. To wit:

Lembo’s absence will be a big loss for the state. His presence in the important comptroller’s office has been a comfort to those who view the job as a nonpartisan watchdog and fiscal guardian ...

Lembo believes in transparency, as when he championed legislation that would have required the state to maintain an online database of taxpayer-funded economic development efforts of the sort lavished on Bridgewater. The legislation passed the House unanimously but much to Lembo’s dismay (and mine), the bill died in the Senate. With a straight face, leaders there cited a lack of time and urgency, and lukewarm support from Malloy.

Second everything @terrycowgill says here. Kevin Lembo has been a godsend to our state. OP-ED | Lembo's Exit Will Be A Tremendous Loss https://t.co/gF3Wu9dAXx via @CTNewsJunkie