Lobster Or 'Porcupine?' Malloy In Hot Water In Maine 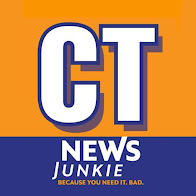 Should we be surprised that former Connecticut Gov. Dan Malloy is alienating the good people of Maine with his arrogance and sharp elbows? In his post-gubernatorial gig as chancellor of the University of Maine system, Malloy began to make enemies right out of the starting blocks.

Faculty at two of the system’s universities have passed resolutions of no-confidence in Malloy, while students at a third staged a 24-hour sit-in. These actions, which amount to a tsunami of bad news for Malloy, all happened within the span of three days this month but have been brewing almost from the start of Malloy’s tenure. The reasons for his troubles might seem rather simple but, as with all things Malloy, the reality is complicated.

Good read, Terry. I was unaware of Malloy’s current travails in Maine, so thanks. You remind me of a few things I wrote about our former governor:https://t.co/vuVYp5fxtt