As GOP Office Seekers Tiptoe Through Minefields, Talk of ‘Moral Turpitude’ in Torrington 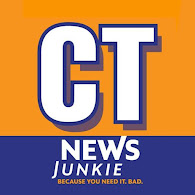 Is it fair to either food truck operators or law enforcement itself to allow police to pull the licenses of food truck vendors who are lacking in "good moral character?" That's still the law in Torrington.

Also, in the Trump (or even post-Trump) era, how difficult is it in Connecticut to run for state or regional office as a Republican? Ask Bob Stefanowski, who is negotiating hazardous waters in his quest to become Connecticut's first Republican governor since Jodi Rell left the building in 2009.